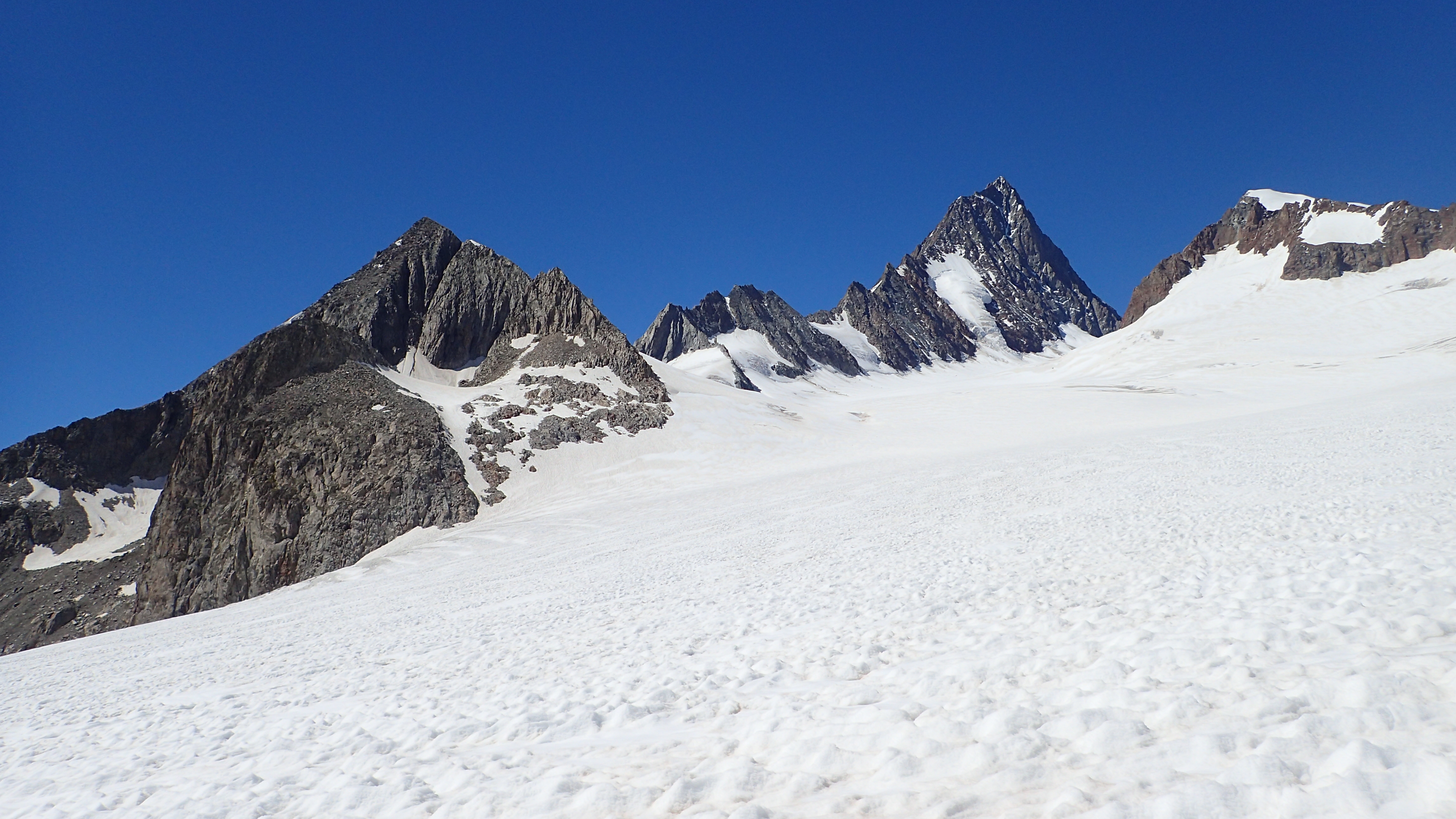 We left the car at Grimselpass besides the Totensee,
Its name comes from an army camped on the ice foolishly.
The cool wind blew drizzle in our face as we walked up
Hoping for the sun to see and feel its yellow warmth. 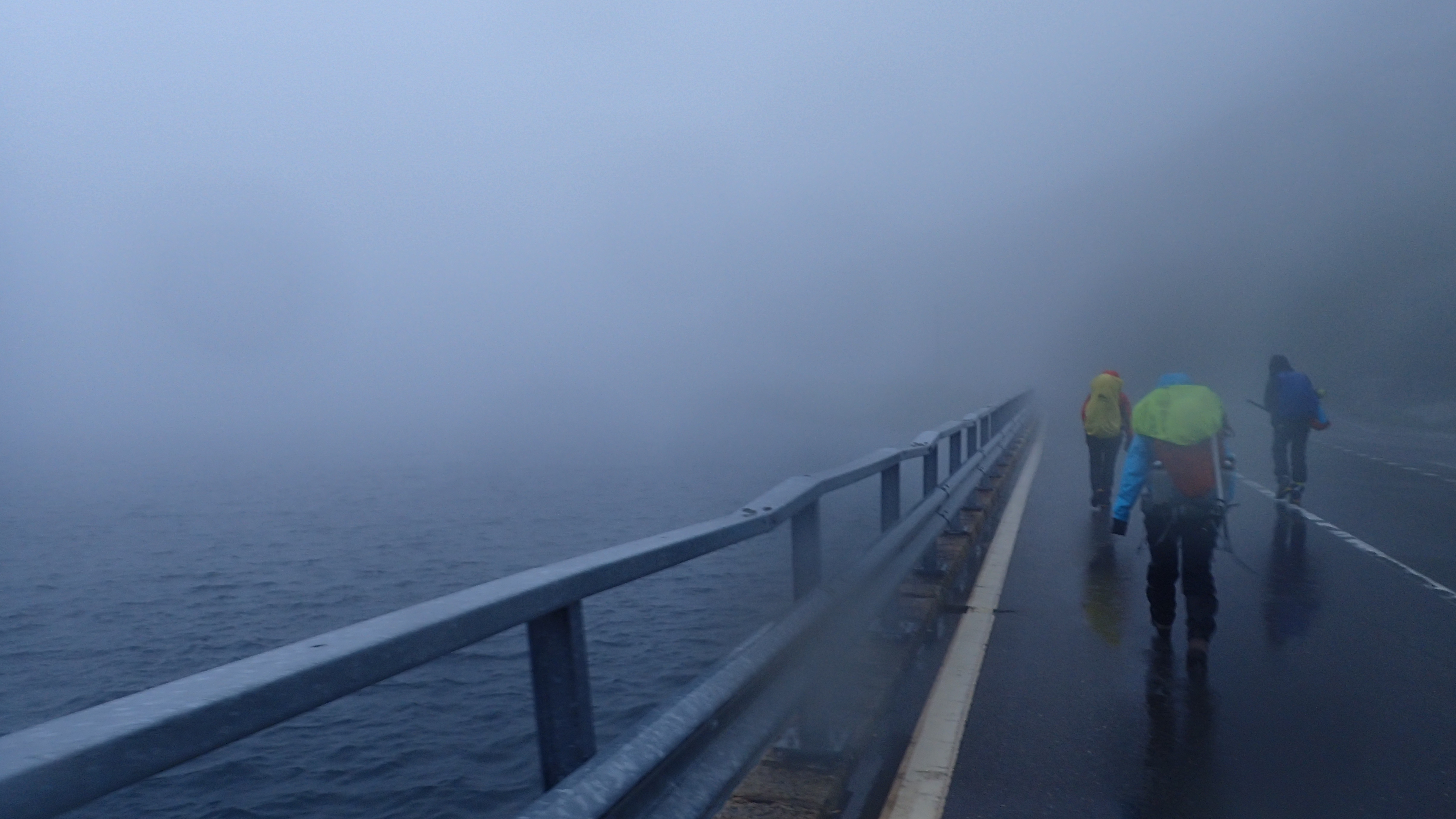 A spot of blue appeared between the curling clouds above
The white-capped mountains looking through the fading morning fog.
Soon the Alpine landscape bloomed in front of our eyes
The water of Oberaarsee reflected the grey skies. 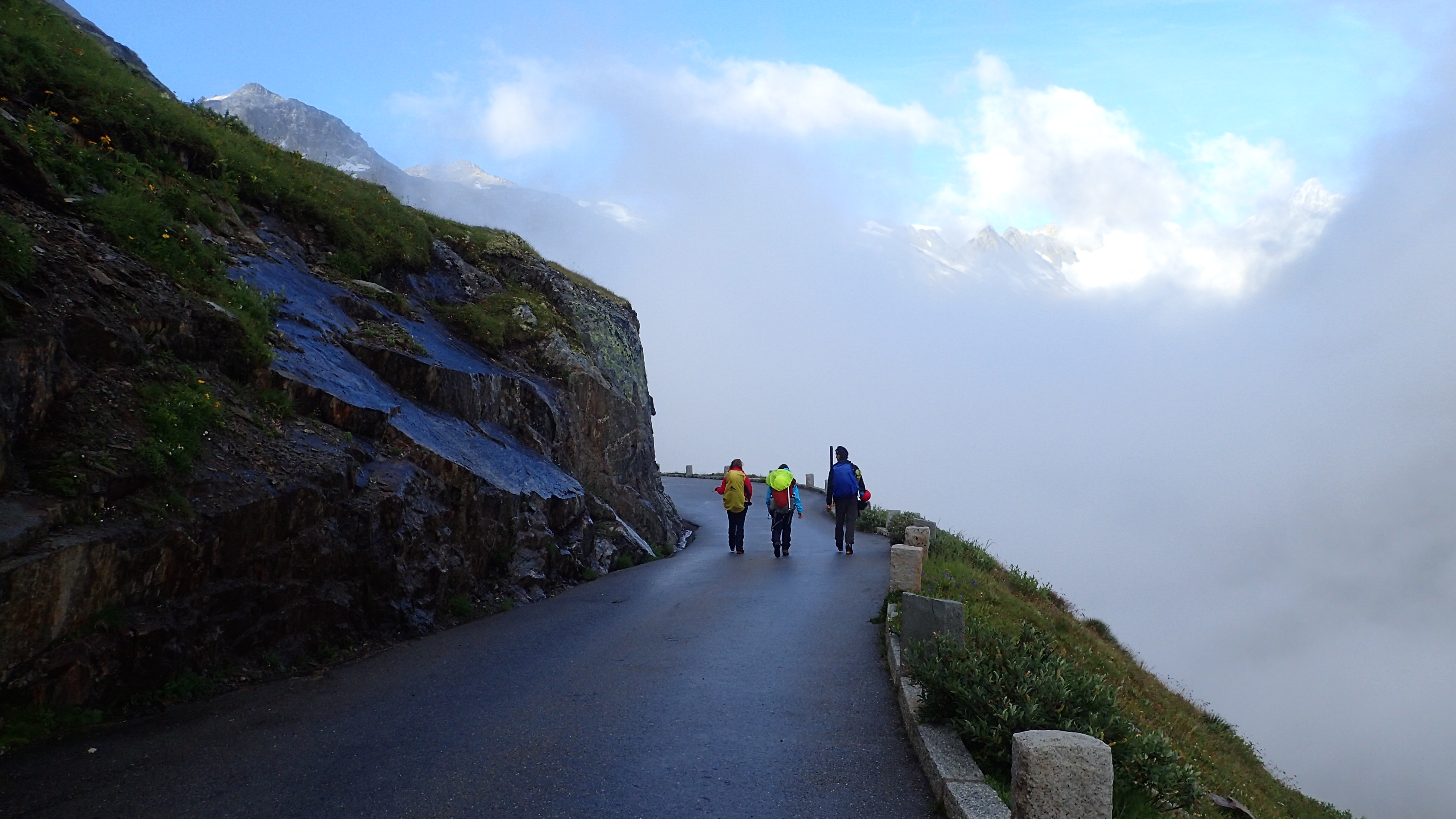 A narrow path lead to the legs of the melting glacier.
Wild flowers grew on the steep hill-side from the thin soil
The sun was strong and it got warm, so we loosed some our clothes,
We walked easy hardly waiting to reach the end of th’road. 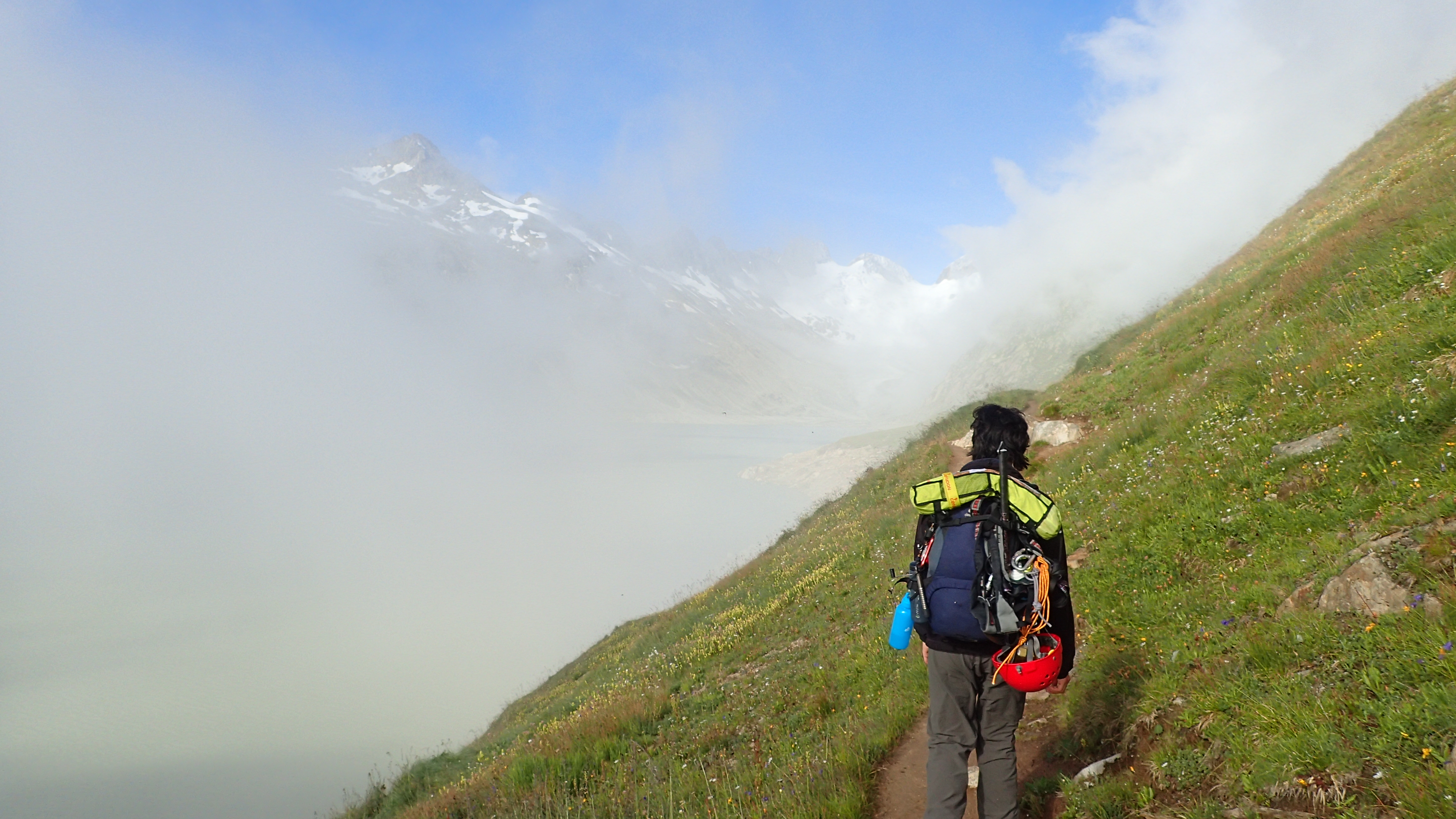 The glacier fed the lake through a wide delta at its end.
It drifted mud that once was rock atop a great mountain.
We stopped a while to catch a breath and prepare for the climb,
Amongst the teams of mountaineers who gathered on the ground. 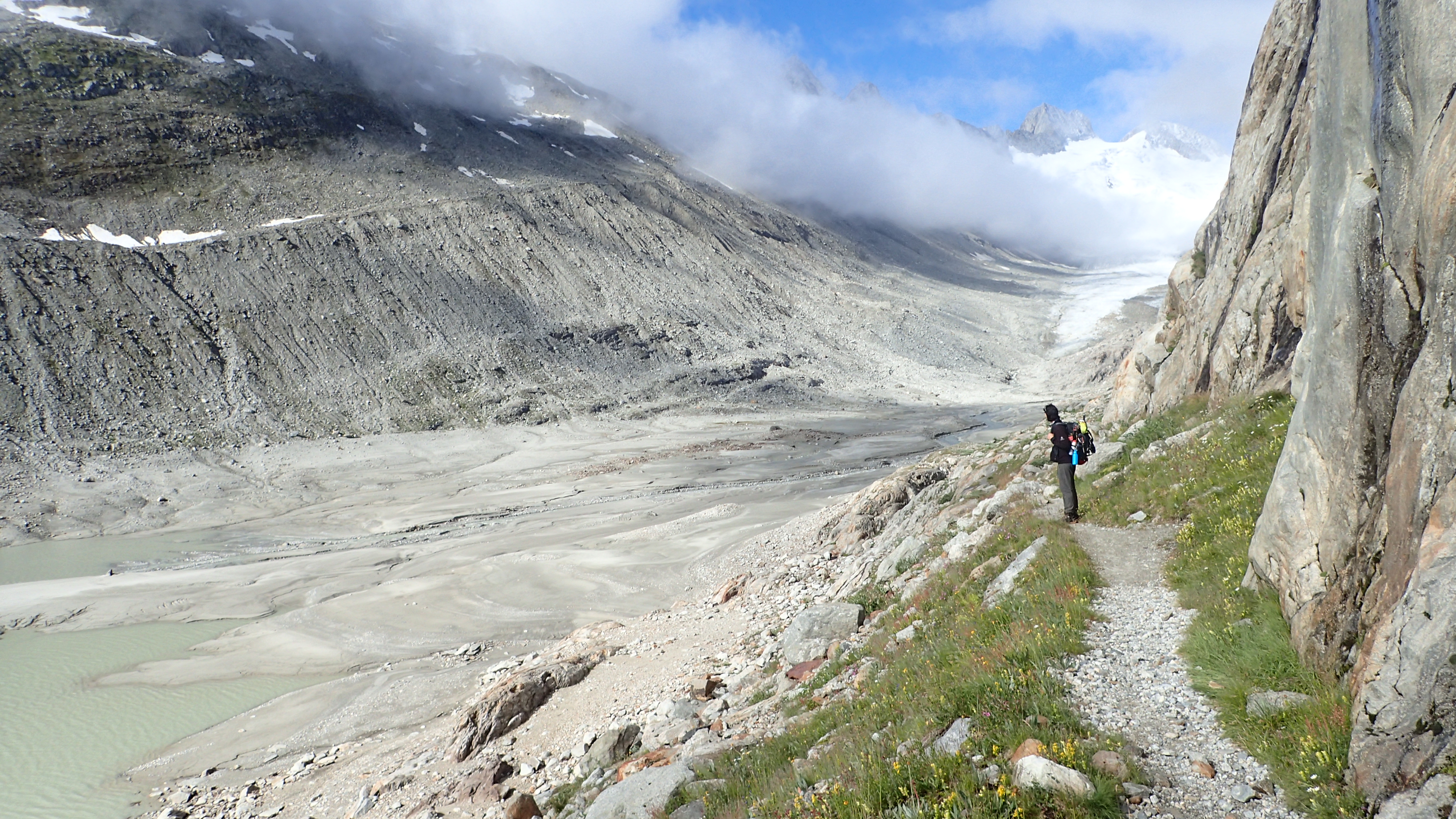 Behind the rocks a large moraine was left by melted ice,
We jumped and stumped over the stones the glacier cracked apart.
Stone men showed the path for us across the dreary place,
Where battles between elements took place in every age. 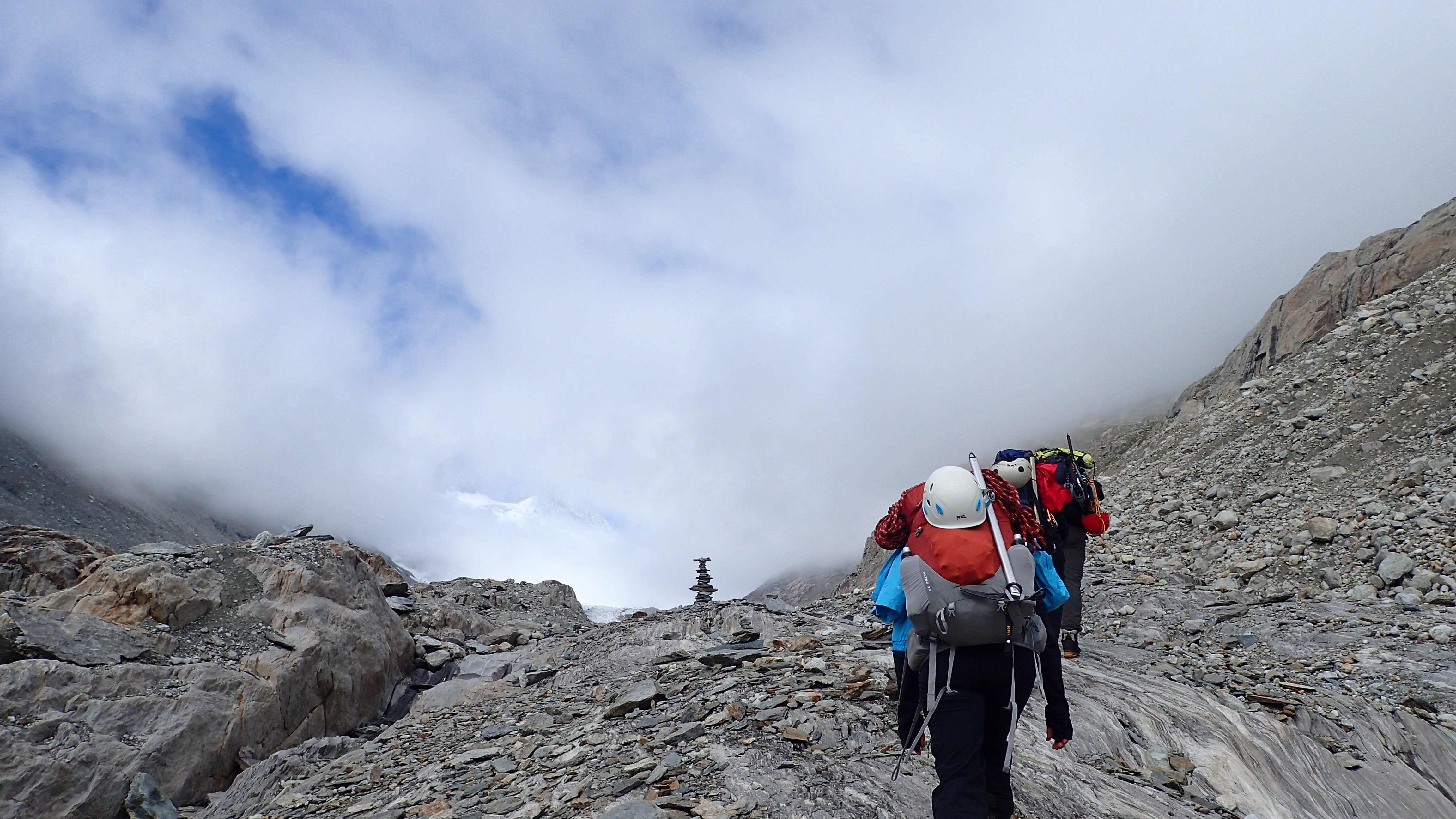 The rattling streams carved valleys in the stony glacier ice,
Its mass and power flowed away with its crystal clear blood.
The eight mountain boots splashed and crunched on the frozen surface
We looked upon the white giant with beauty but no grace. 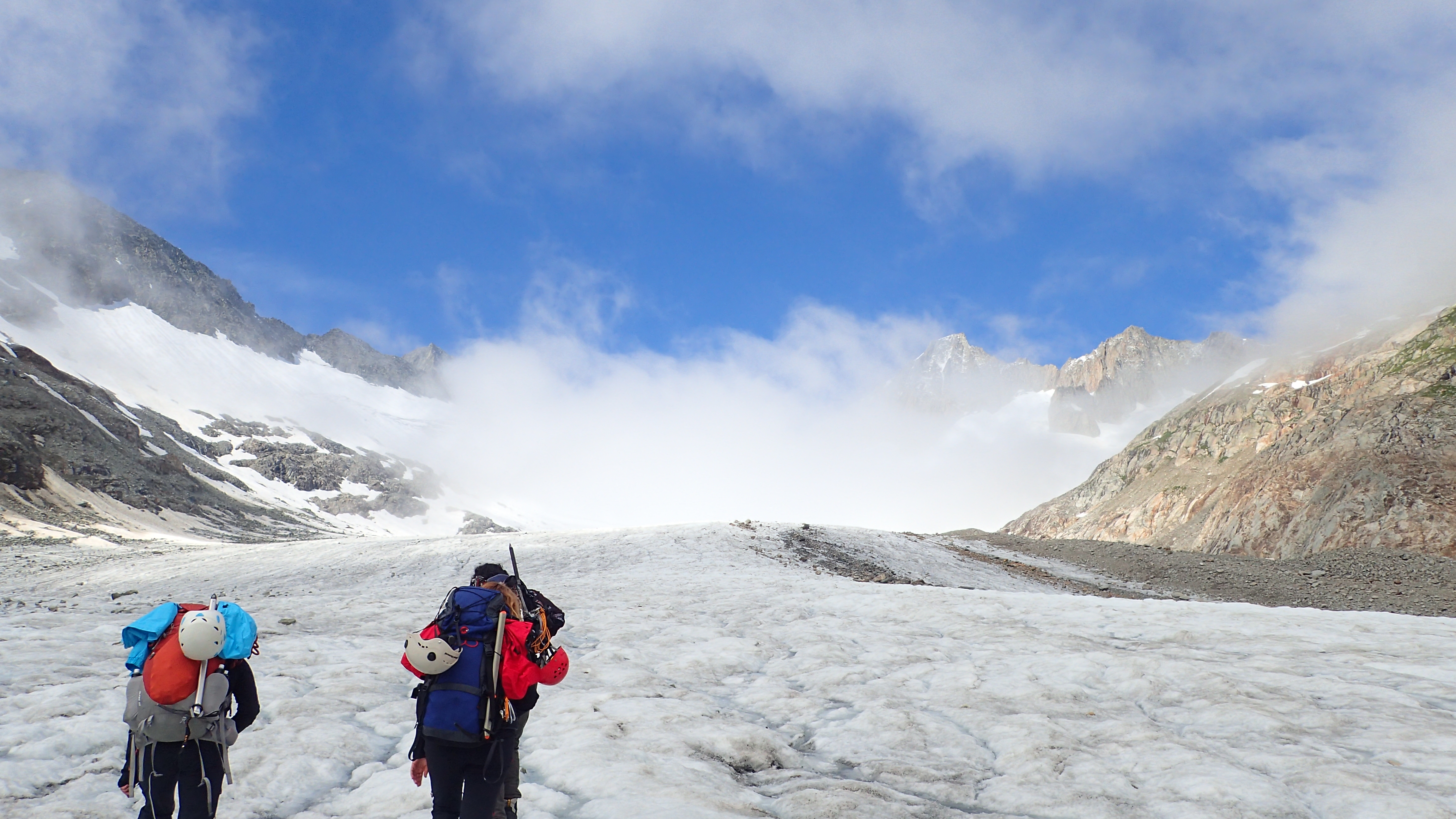 A single puffy cloud remained from that thick morning fog,
And followed us on all our way up on the crevassed slope,
And now it covered all around the mountain in white mist,
We carefully followed the tracks left by the other teams. 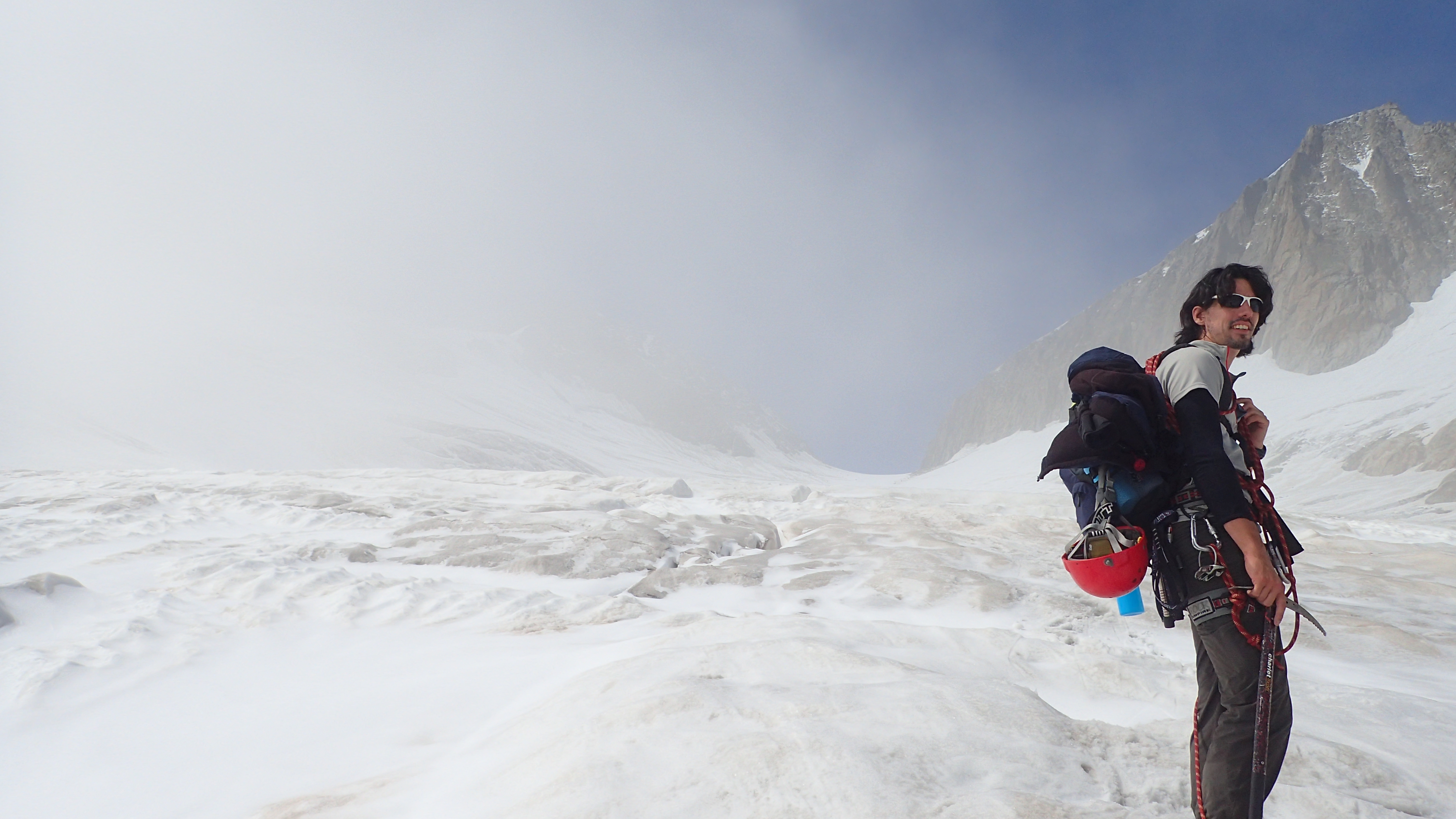 We climbed in row along the rope stepping in our steps,
To save each other from the fall into the deep ice cracks,
First, Kata stepped in the snow deep in between ice walls,
Then Bori fell neck deep into the deep dark void below. 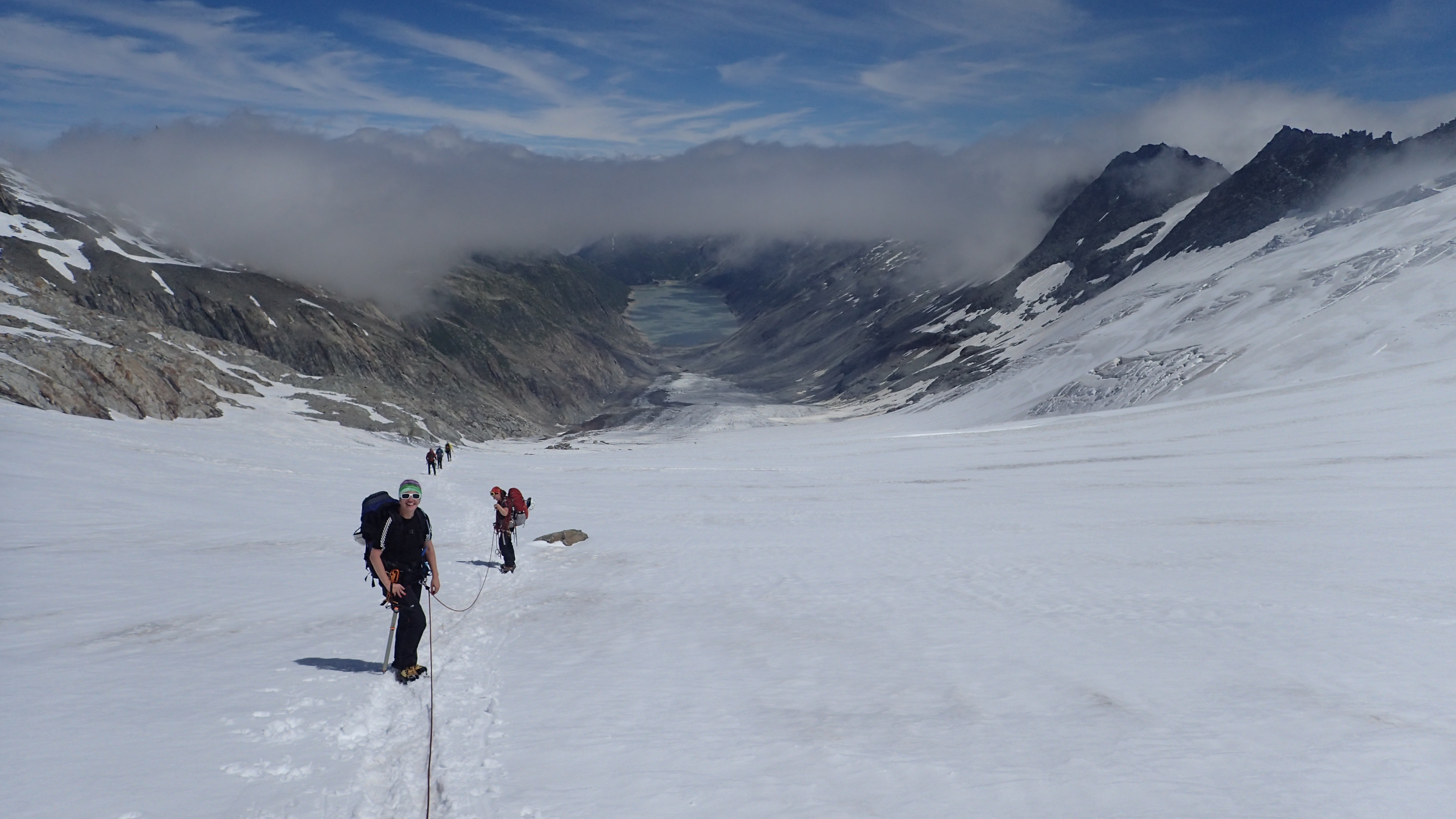 Struggling up our way to hut on the Oberaarjoch,
We settled down to rest a while under the Swiss colours,
Holding steaming cups we saw mountains to great distance
In the heart of the Oberaar between fourthouseders. 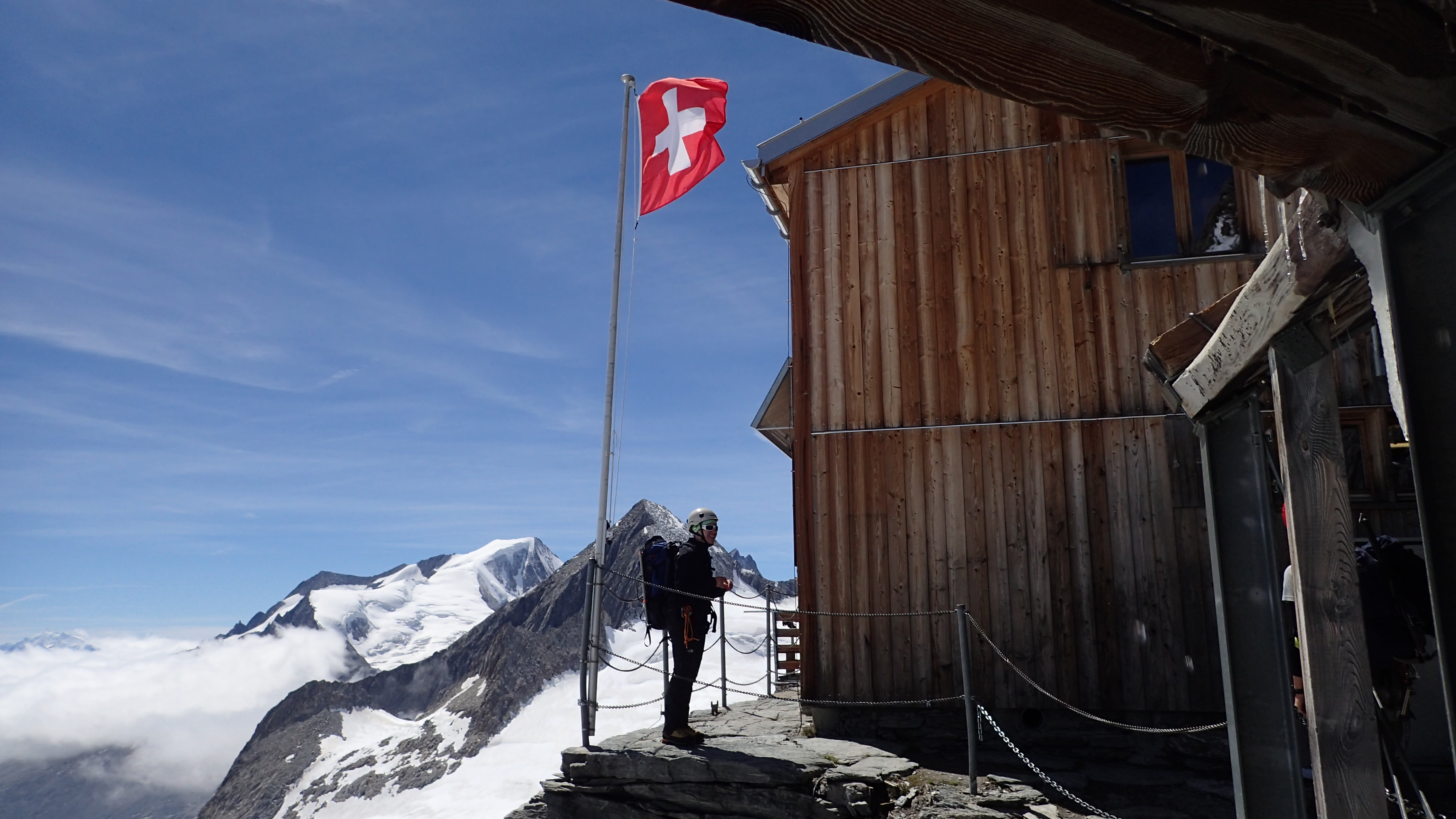 The sun was high we left the clouds in the valley below,
The sparkling white lights hurt our eyes reflecting from the snow,
We wore a mask of cream and glass to protect from the sun,
We geared up for the final part supposed to be four hours. 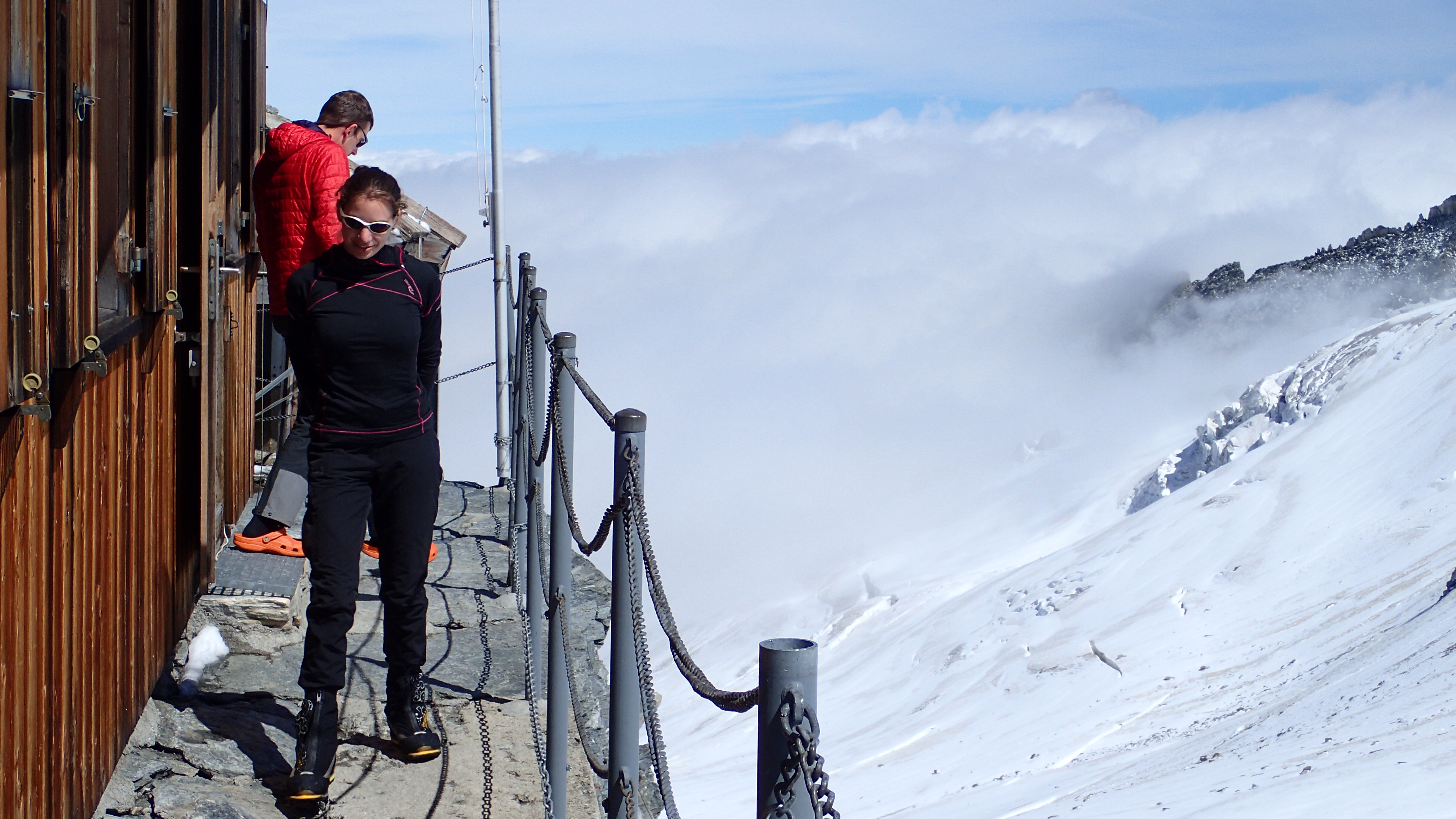 Steps-to-step we walked under to the great ice-filled pool,
Towards the ridge of Finsteraar to cross the sledge where low,
Soon we felt we are alone in the vast empty space,
Dead silence surrounded us, we listened holding breath. 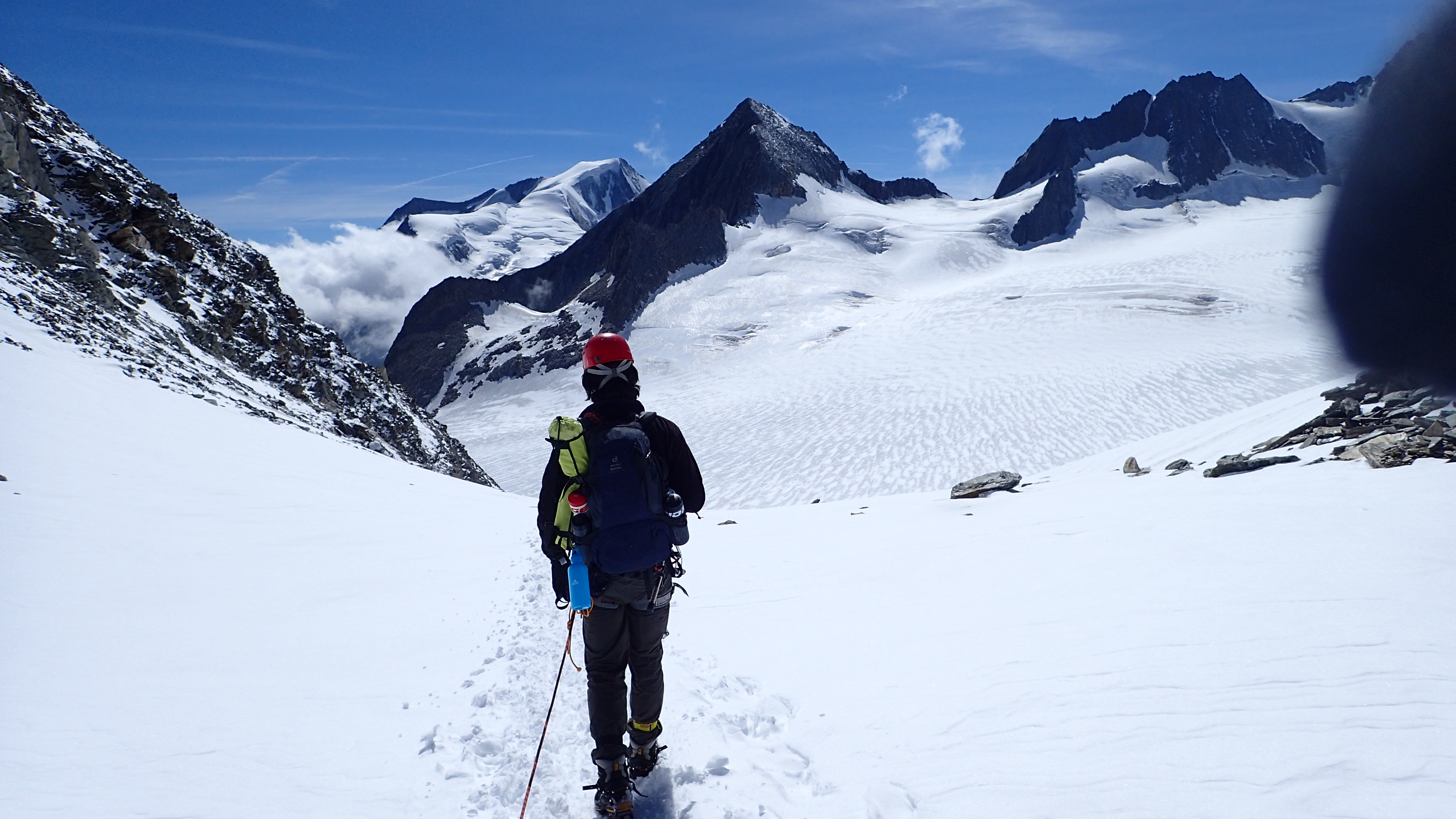 Nothing moved but danger was awaiting us above,
The snow walls hanging over us has cracked in the day warm,
Two of four would not risk it and turned back at that point,
But two of four has walked foward towards the saddle top. 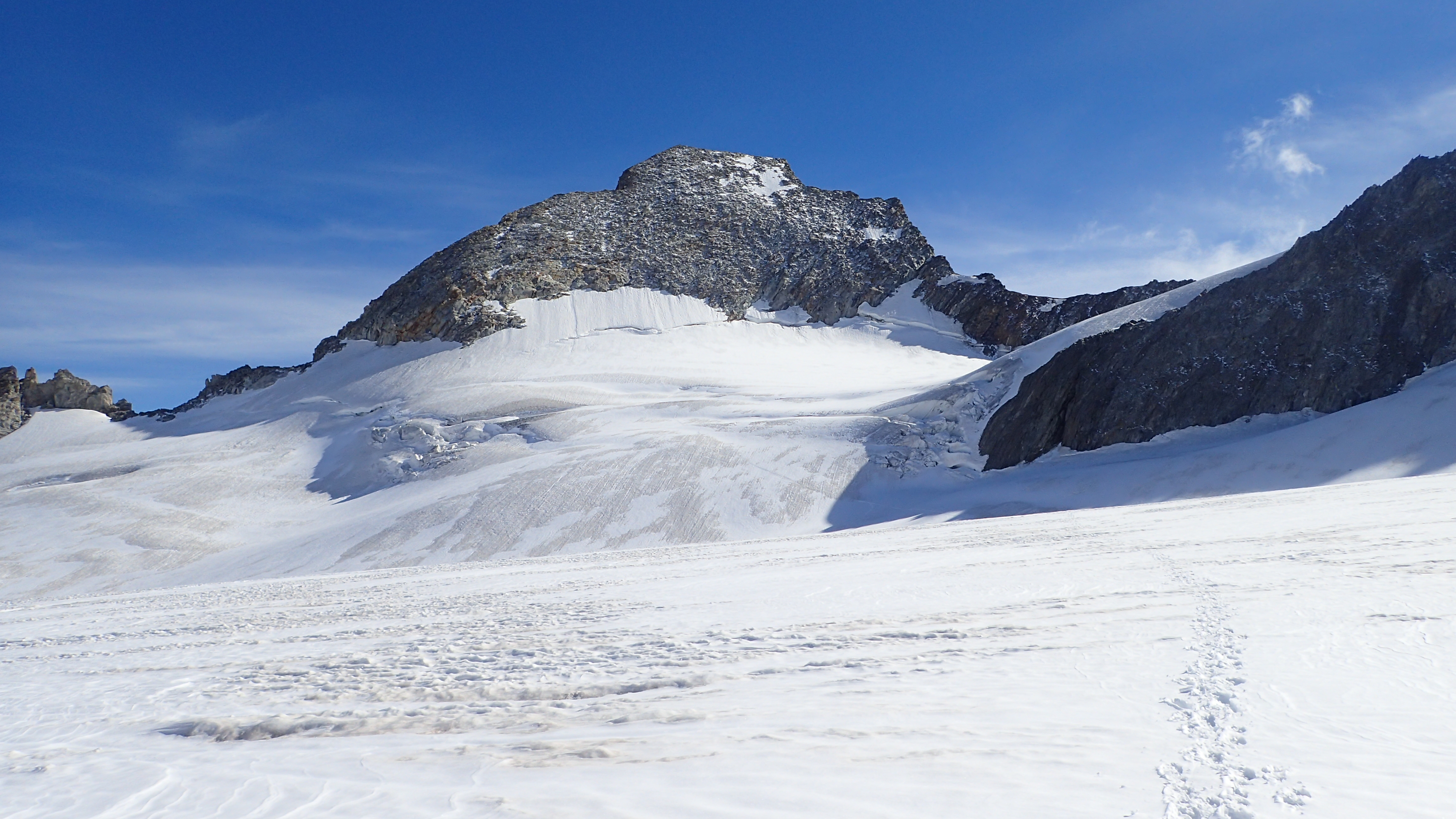 The sun went low, the air got cold, the snow became hard too,
Our team of two climbed quickly up and walked it safely through,
The other two become black dots in the endless white land,
As we stood on the snowy top, and last time we looked back 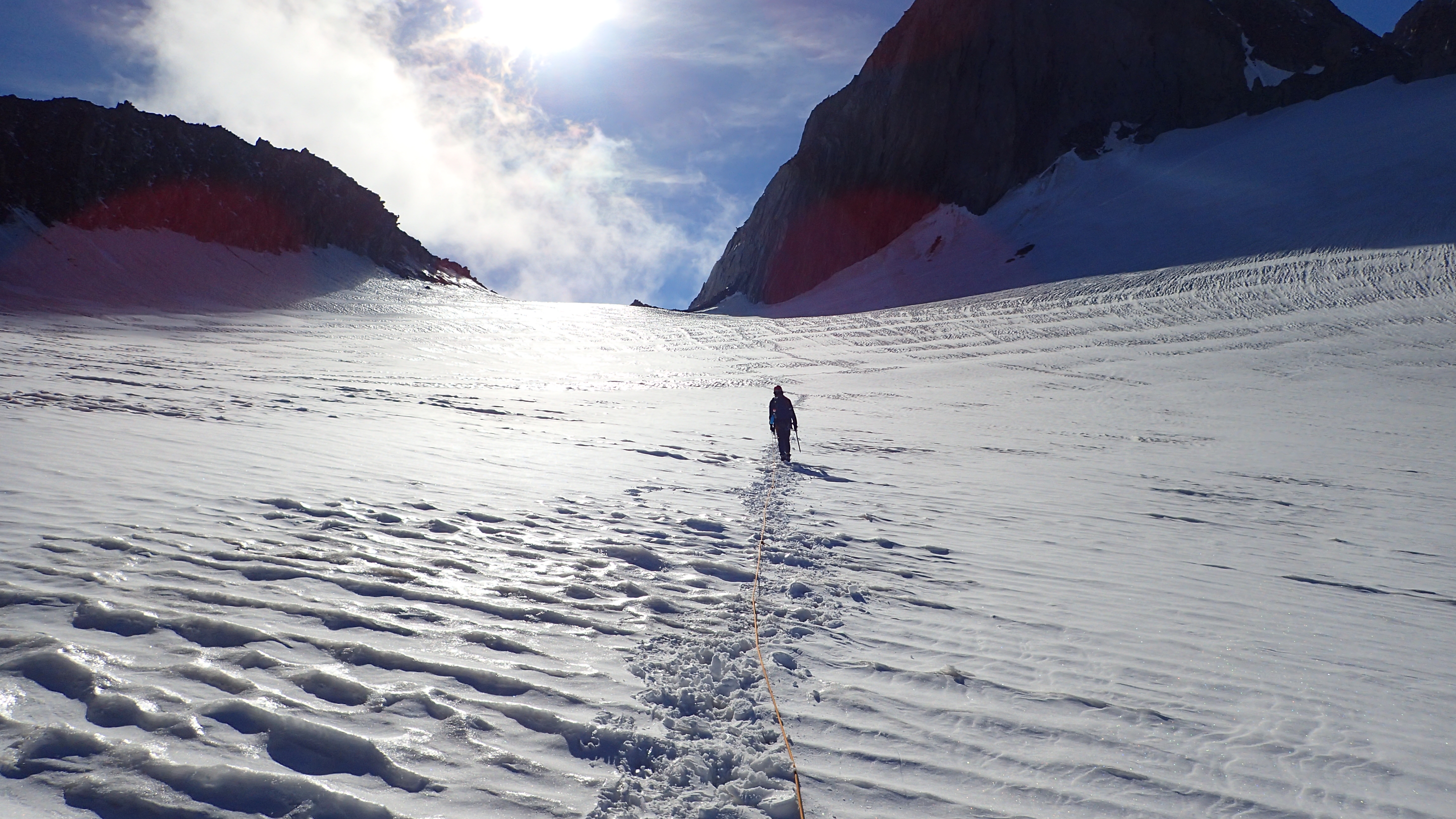 The real surprise was waiting on the other side of it,
Instead of ice and snow we found a steep morena field,
On every step the stone river has started to flow down,
We struggled hours to descend to the valley Finsteraar. 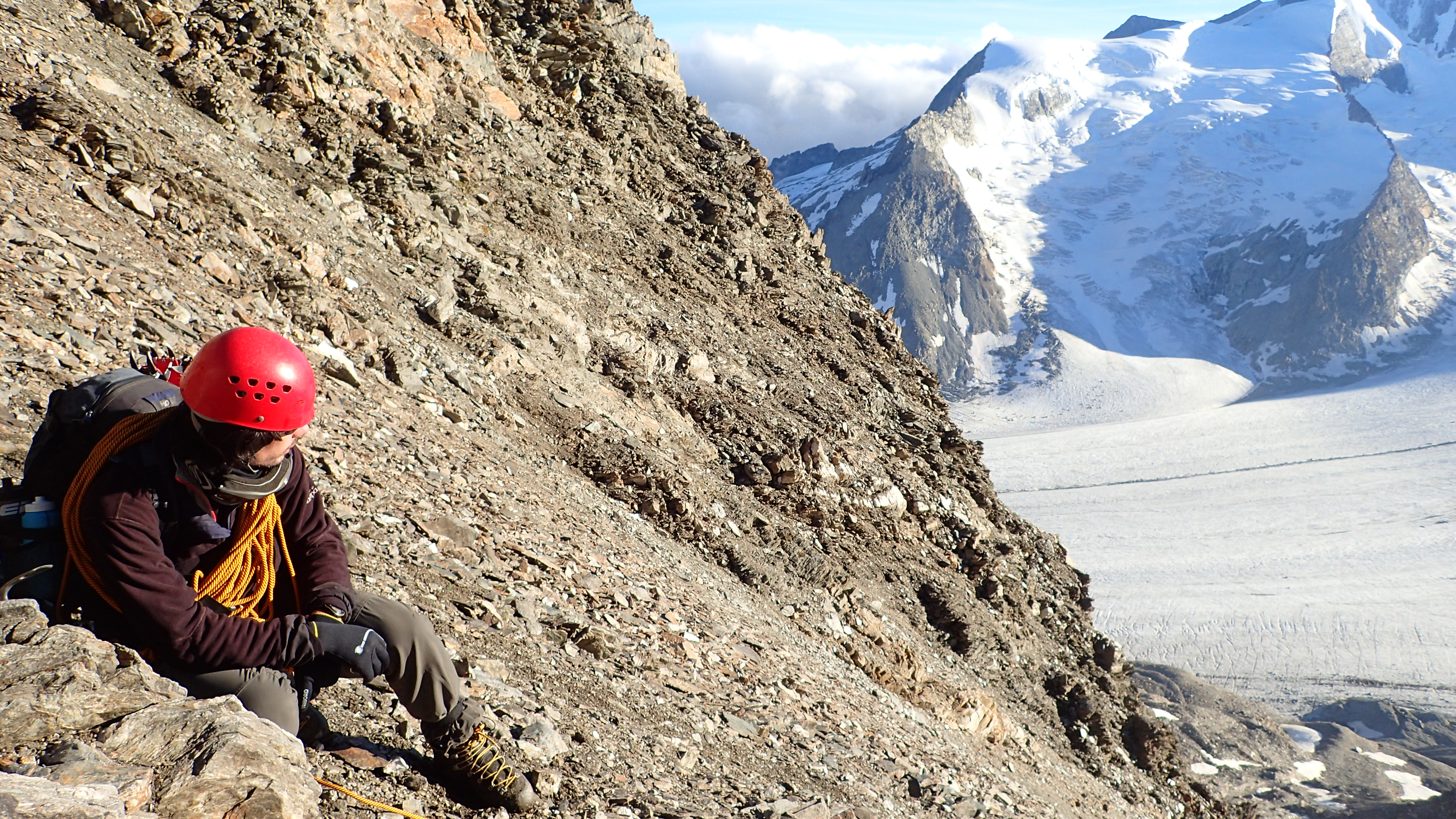 The sun went down the rocky path faded in the twilight,
We jumped and stumped between the rocks towards the distant hut,
The road was hard and we were tired thus we proceeded slow,
When would we reach the hut and drink a tea we didn’t know. 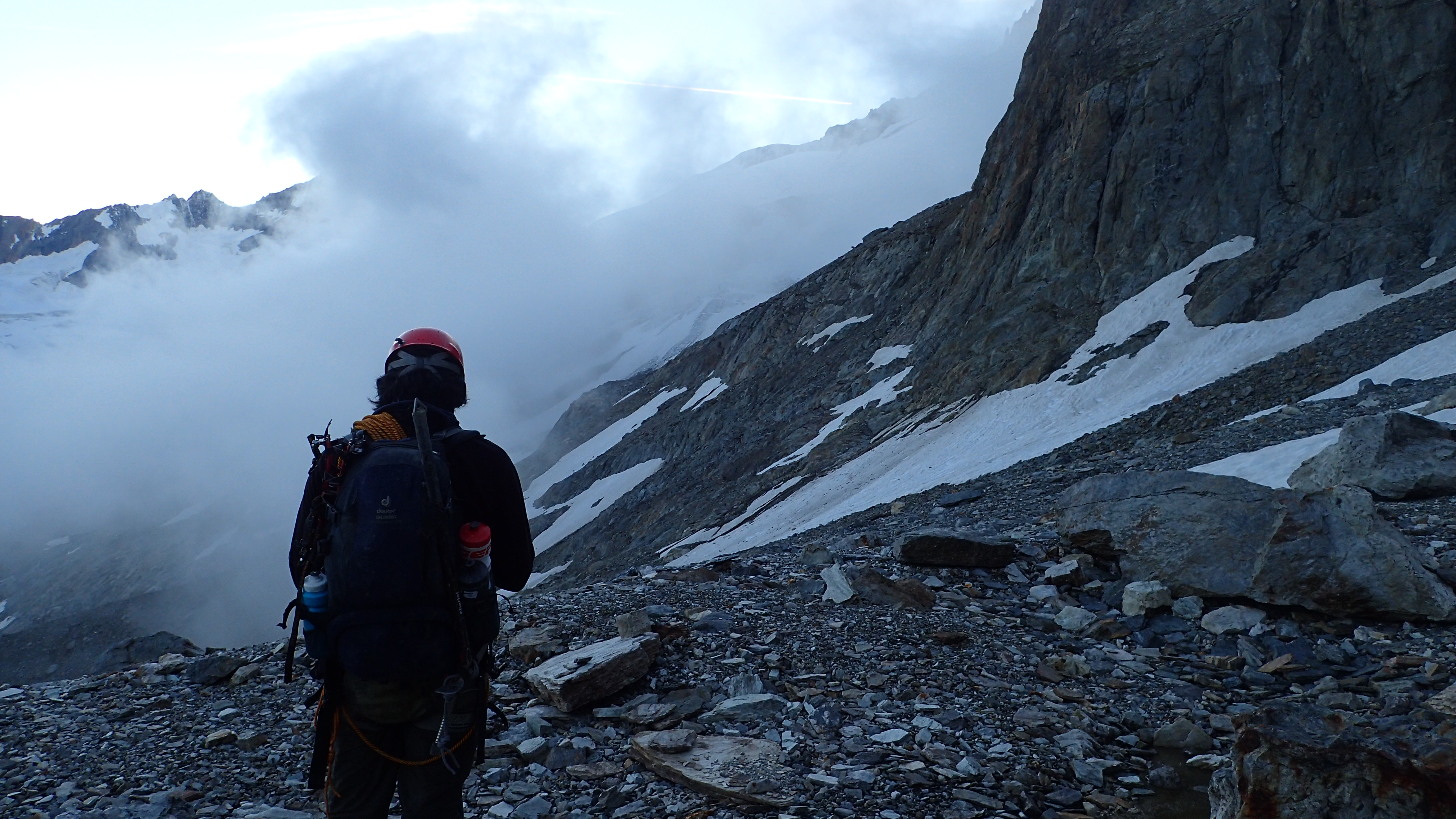 The mountain showed a little of its endless strength again,
Our souls got full of doubts and fears as we walked desperate’,
But each other we gave the strenght to fight until the end,
we walked forward towards the hut in darkness hand-in-hand. 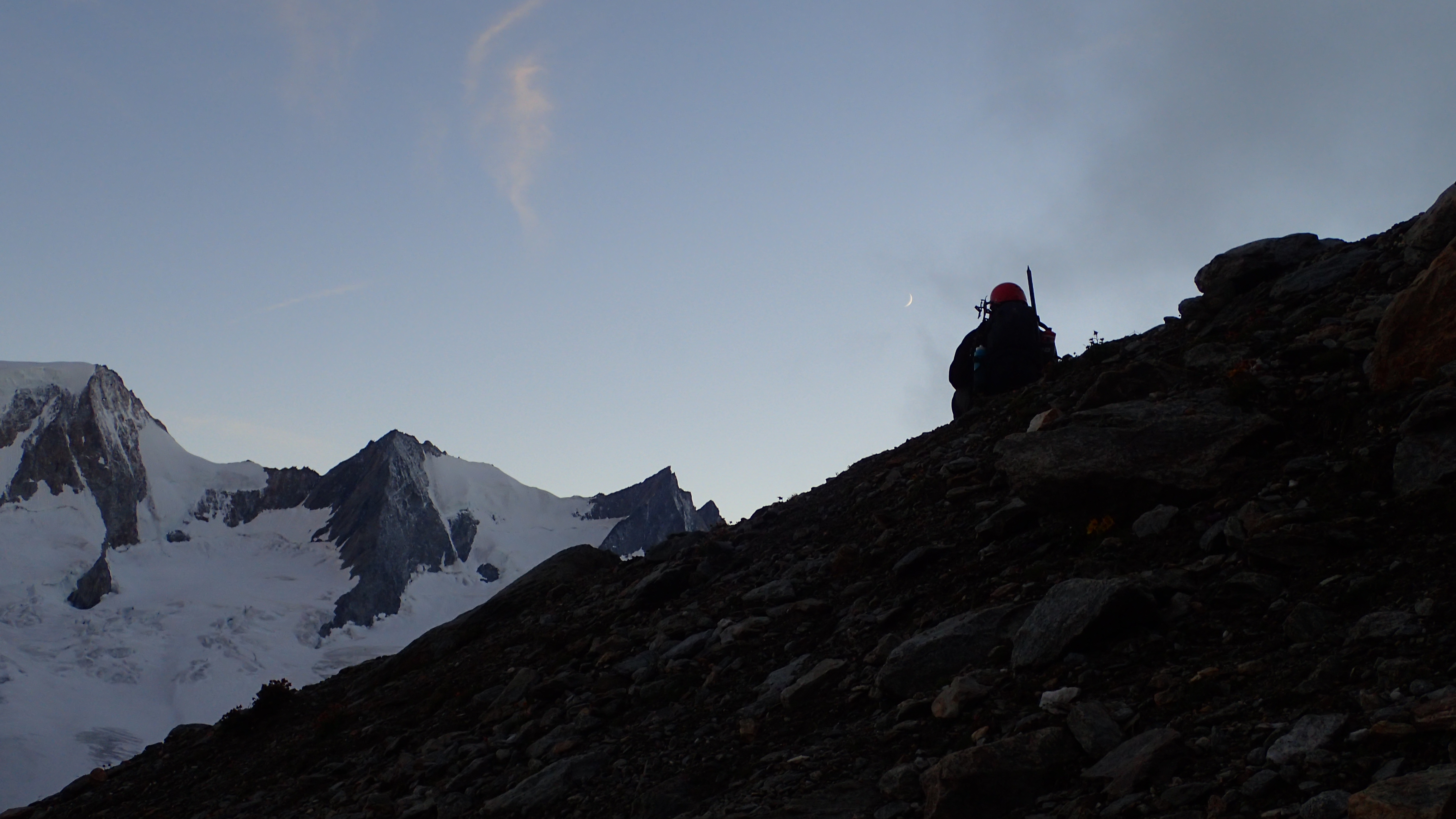 We spotted lights above us on the slope of Finsteraar,
Crevassed glacier led to its legs and steep rocks to the high,
We had no clue where safe passage could lead us to the hut,
We screamed until someone came out and showed the way for us.
We sat above a steaming soup the sweet lady warmed up,
We slept in bed and dreamed about the past seventeen hours.