(Thought)
The patience has finally paid off. The beast appeared on the edge of the meadow. My hearth was beating fast, the grip fit securely in my palm giving a familiar feeling. The call of the water overwhelmed the caution of the beast and it started to cross the meadow. I raised the optics to my eyes and aimed on the silhouette through the high grass. The next moment it was in front of me enlarged by the zoom like it would be within reach. It looked directly at me frozen for a moment. I pulled the sensitive trigger and it released the precise mechanism while the beast stood on its back legs and jumped. It reached the edge of the woods in seconds, but I already got what I came for: a photo of a grown deer in its own habitat. 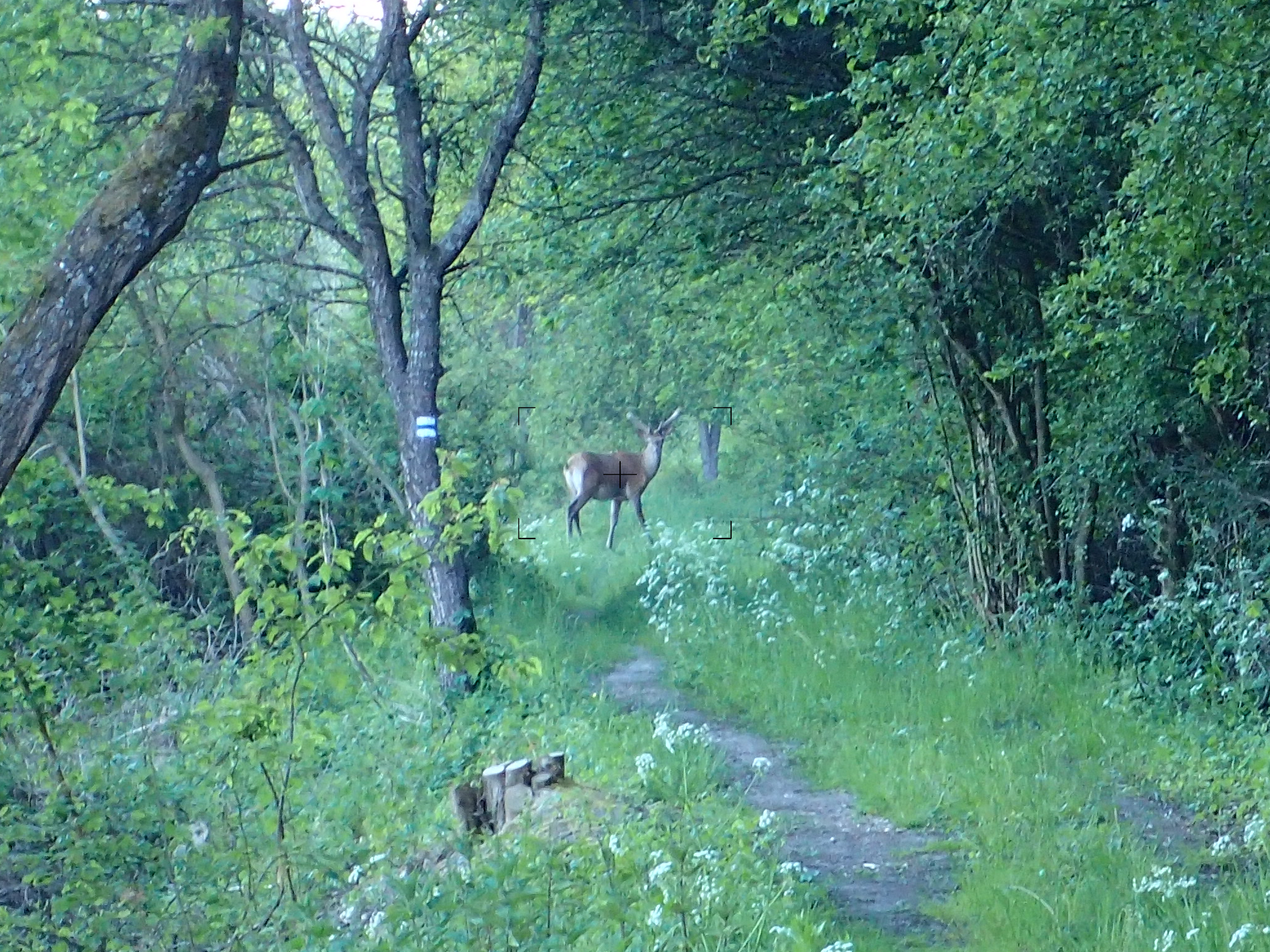 Catching a deer in the Zemplén

We all have instincts. It is coded in our DNA. In the old times they used to be saving us from starving and getting eaten making in possible for me and you to exist now, but in our modern civilized world most of them are useless or can even be a problem. The vast majority of us does not have to hunt for food or run for life any more, but we might still like to hunt and run. So we have to either suppress them or satisfy them in a different way. The former is called willpower, the latter is called playing. When we go for a jogging we don’t necessary have to run for our life, so why would we have to hunt for the life of something else? Let’s say you inherited some hunting instincts from our ancestors and you feel the same thrill of stalking or ambushing a wild animal and the same disgust of the thought of killing it as I do. I guess most of the naturalists would tell me to leave them animals be, while most of the hunters would question the ethical difference between killing a wild animal and killing a domesticated one. I wouldn’t argue with any of them, but let’s assume that we already have an access to wild natural areas where we can meet wild animals, and let’s assume that some people are ok with eating produced meat but in the same time they wouldn’t want to spill blood for karma, stomach or other reasons. 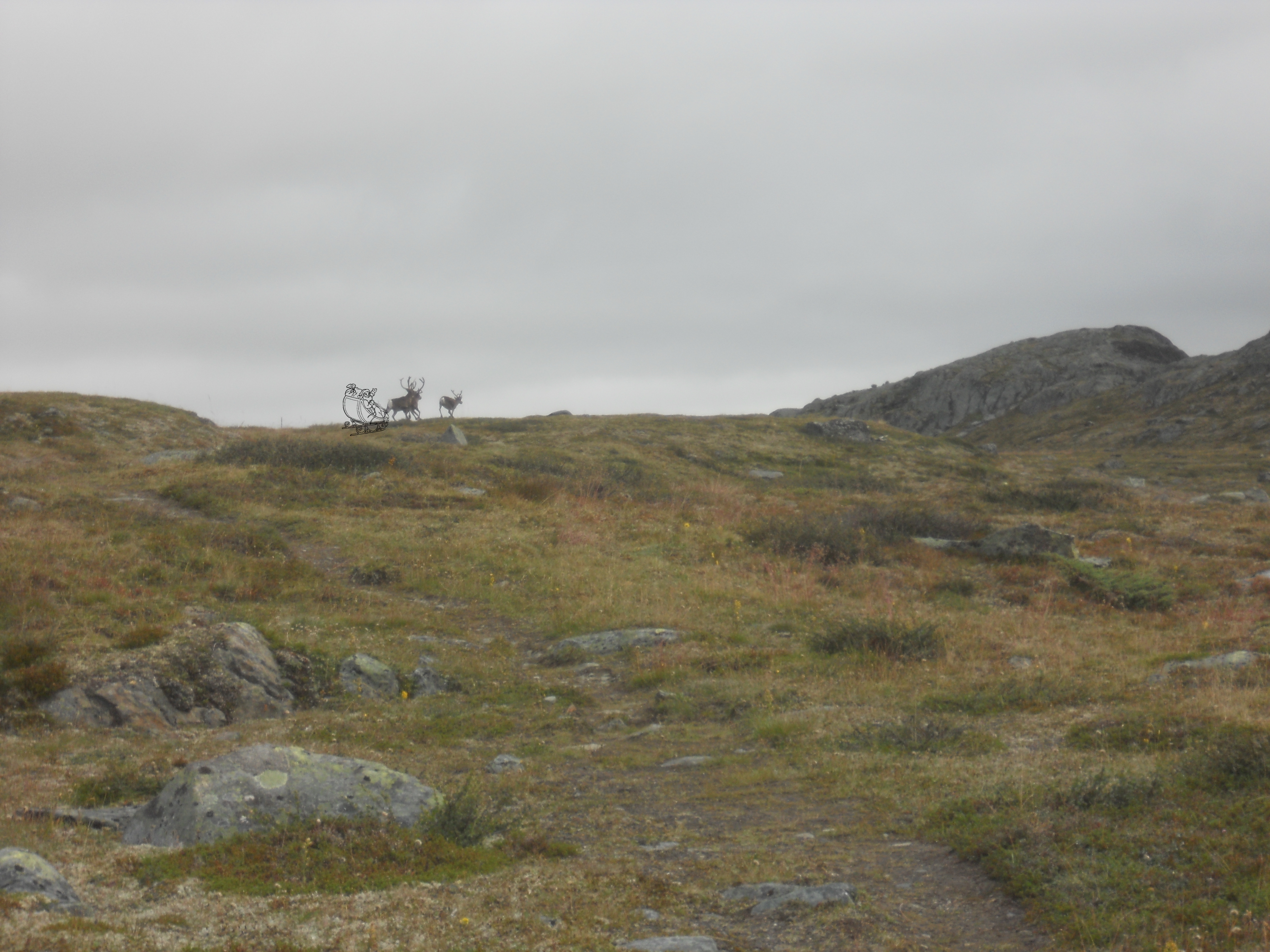 Hunting needs a lot of skills. You have to be smart choosing the place, you have to be patient waiting for the time and focused not to miss the moment, but shooting an animal from a few hundred meters with a modern gun is really not that different from making a photo of it. You look in the finder, you aim and you pull the trigger. (Let’s not drag out bow and dagger hunting for this time.) From your perspective the result is quite the same: you are showing a trophy to your friends. From the perspective of the animal there is a major difference. Not mentioning that the same beautiful specimen can be the subject of many photo shootings but only one gun shooting. So why to be selfish? And there is one more important advantage of photo-hunting: gun is not a child’s toy, while cameras mean no harm to any one and with an automatic camera even a 4-years-old can make nice photos. 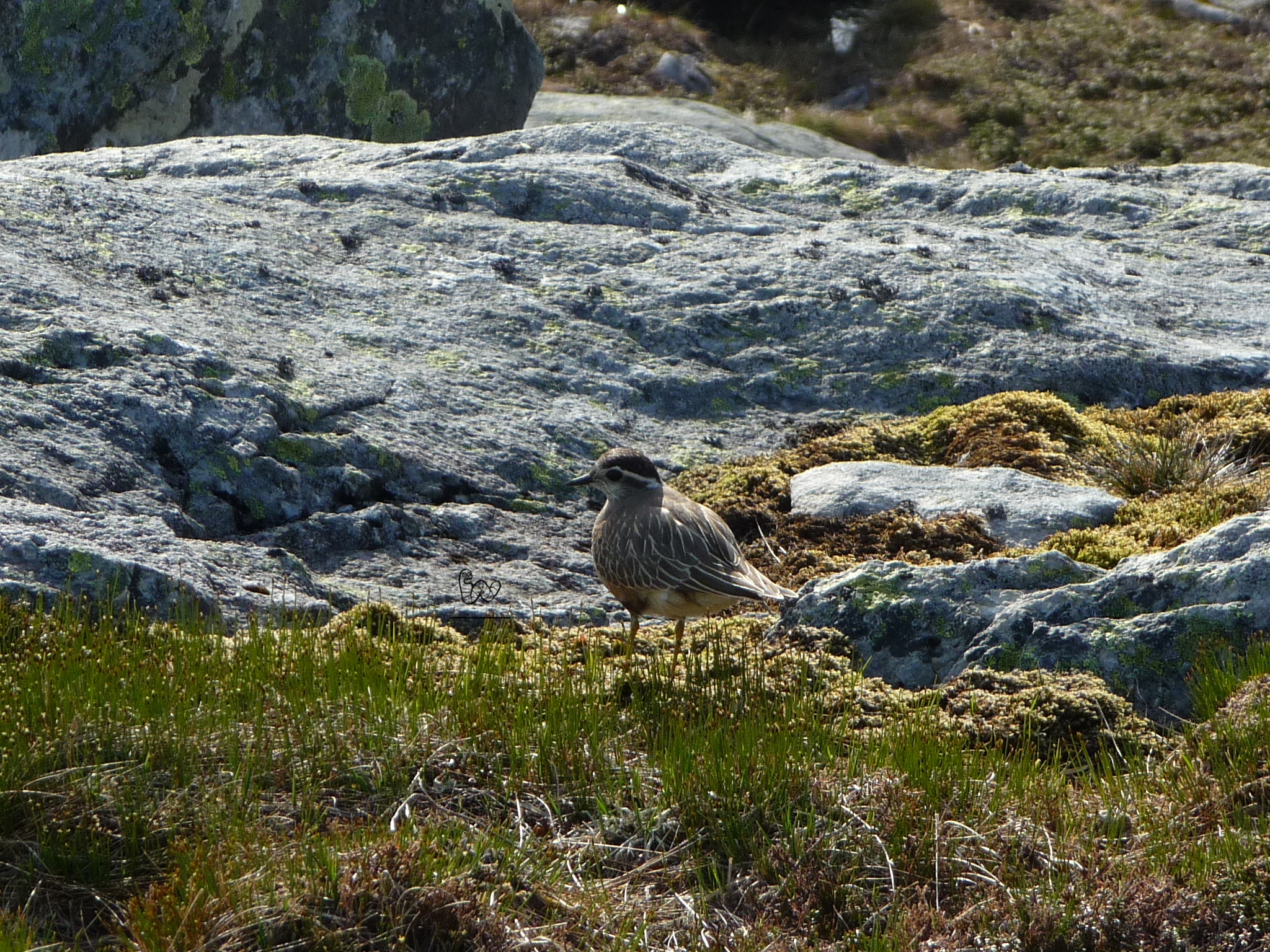 Dotteler in the Bergen mountains

Ok so let’s say you like the idea of photo-hunting and you would like to know some real things about it, or you don’t like it but you are still curious about what it is. As per myself I would call something a photo-hunting when you are doing it in the natural habitat of the specie. You can also practice in the zoo or with the neighbor’s cat, but that is rather something like a shooting range. So after you practiced enough, let’s go out to the nature. In the beginning you can start with some random hunting. With an average camera walking in the wilderness you will have enough opportunity to discover animals randomly and try to make a photo of them. This way you can discover the biodiversity of an area and practice the shooting of various animals. You will quickly learn that insects on the ground are the easiest ones as they tend to freeze on the sense of danger, giving you plenty of time to play with the settings of your camera and find the best angle for the photo. Their flying counterparts are a bit more complicated, especially when they are actually flying, but they are easy to be found in flowers where they spend quite a lot of time with collecting nectar giving you the opportunity to catch them with you camera or even try to record their flying. Birds are tricky, because they are difficult to be spotted within the canopy of the trees and when they start to fly the time is mostly too short to shoot a photo unless you had your camera ready. Mammals are even more tricky as they tend to avoid human, so a large noisy group is not likely to meet them, which is a good thing when you are in Transylvania trying to avoid bears, but not that good for photo-hunting. So if you are on a random photo-hunting let’s give yourself the chance to spot a mammal by walking silently. In this way any usual hiking can be turned into a photo-hunting without significantly changing the programme or carrying special equipment. 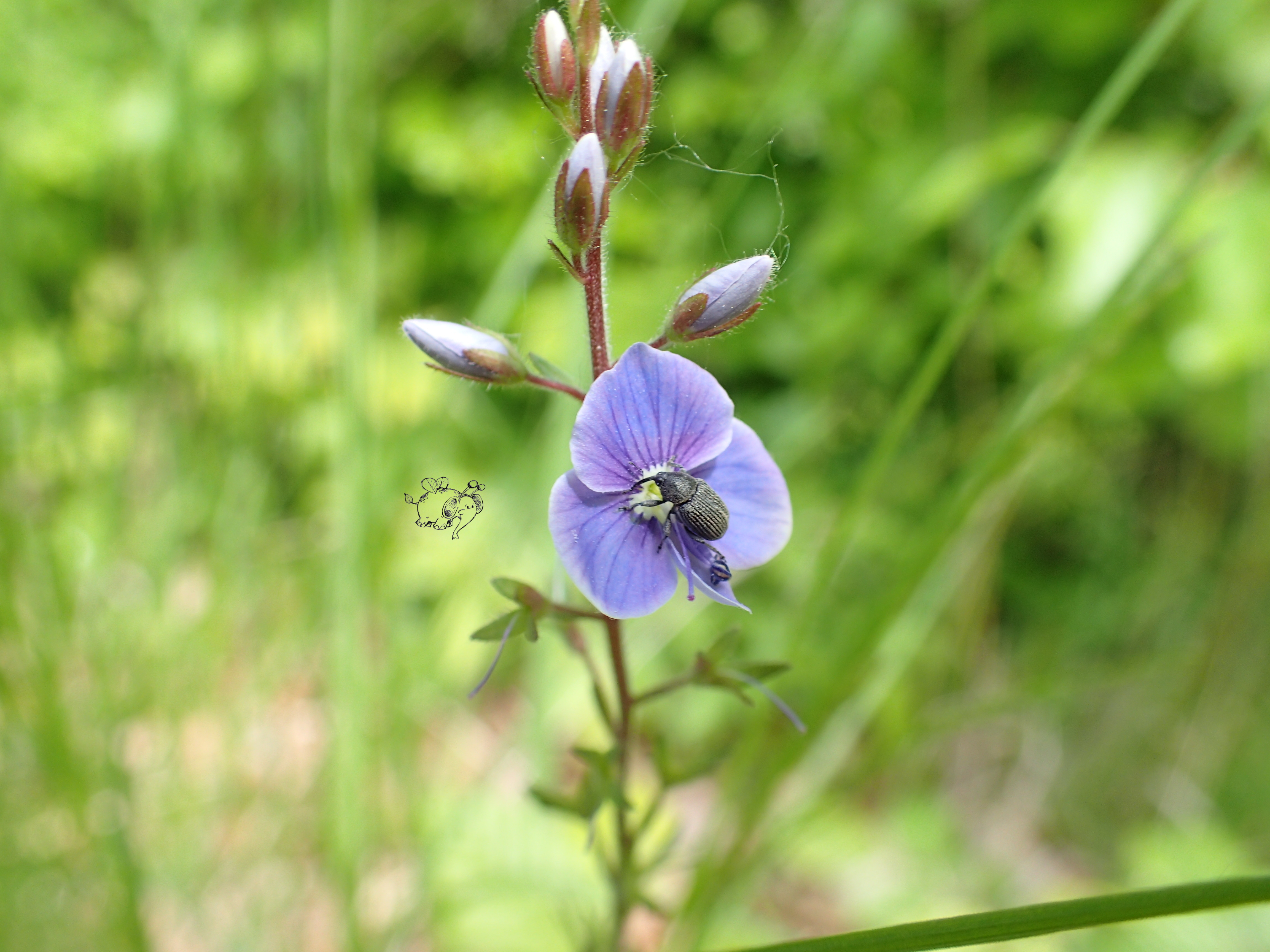 Weevil on a Veronica flower in the Zemplén, Hungary

Ok, so you want more: better photos, rarer species, unique trophies in your gallery. Good. Then let’s do some science. Since we assume that these animals are in their natural habitat we can also assume that they will behave naturally. Now, I am no biologist, but I can read what biologists write, and biologists do write a lot about how animals behave. This way you can learn about animals a lot, and will become a much better photo-hunter as well. But if you have limited time as most of us then let’s choose a specific animal for start. It will be your goal, your own Moby Dick that you will chase over the seven seas of the world. After you chose the task is to collect as much information about its behaviour as possible to know where it lives, eats and drinks, whether it is active in the night or day, does it sleep during the winter. You should also pay attention to whether it is dangerous or not. After gaining all this knowledge you will be able to decide whether your goal is achievable or not. If it is not, because it lives too far, it is too rare and/or protected or because it is dangerous then there’s no problem, let’s choose another. But if it is achievable then it’s time to go hunting. 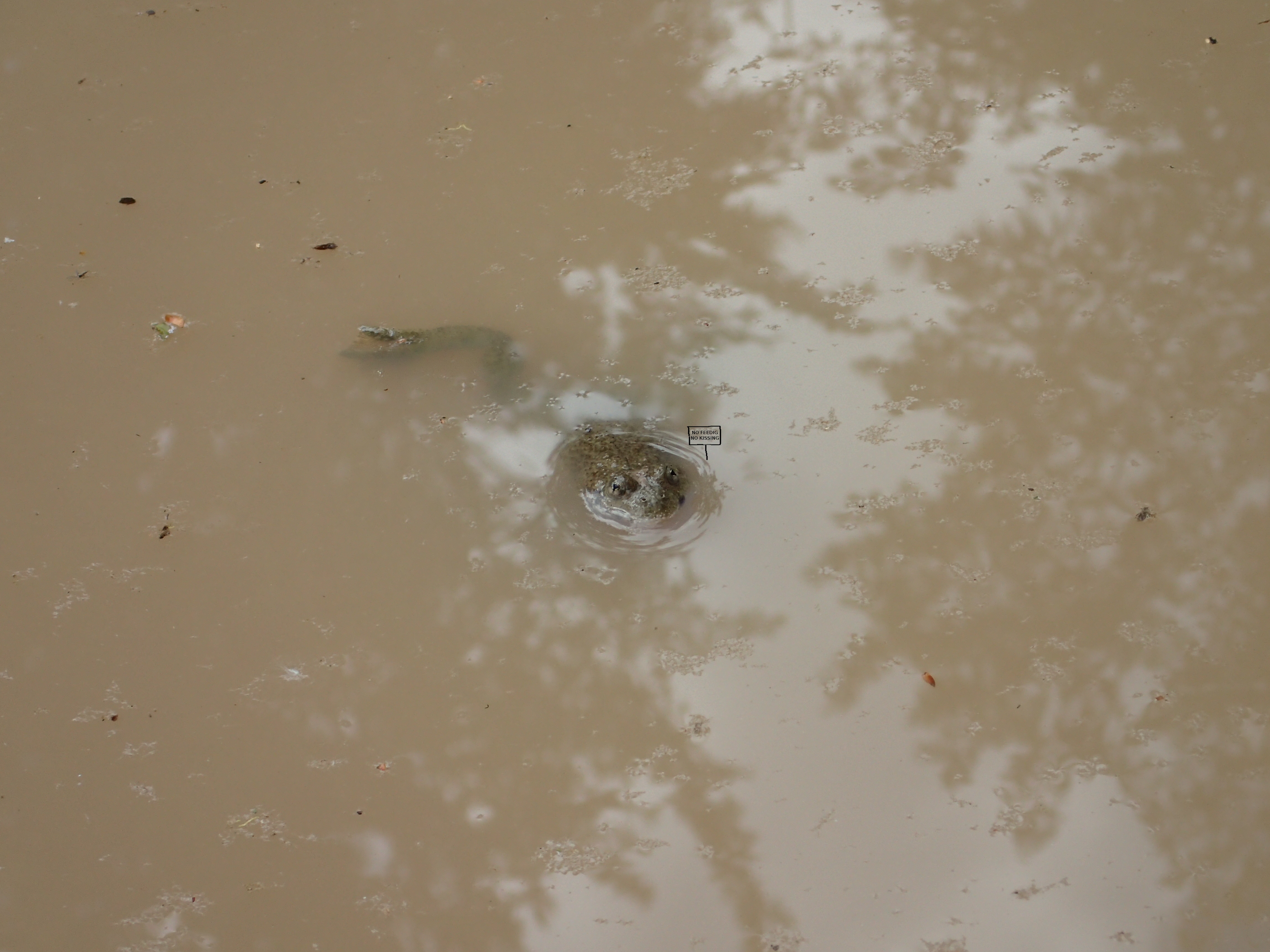 Toad in a puddle in the Zemplén, Hungary

The first thing you need is a plan. Selecting a suitable weekend is a good start, so you can cover all phases of the day by arriving there at Saturday noon and leaving at Sunday noon for instance. You have to know how to get there, where and how you will sleep, what to eat and drink, but this is not that different from the planning of any hiking tours. It is more important to plan how you want to meet your chosen animal. Whether you want to stalk it by actively searching inside its habitat or ambush it by waiting on its regular route. You will also need equipment. First you’ll need a camera suitable for the task. For insects you need macro mode, for birds and mammals you need a good zoom and fast capture or serial photo mode, for night animals you will either need a tripod or flash or if you are serious then infrared camera and reflector. But besides the camera you will need everything to survive in the wilderness and possibly make it comfortable if you have to walk or wait a lot. 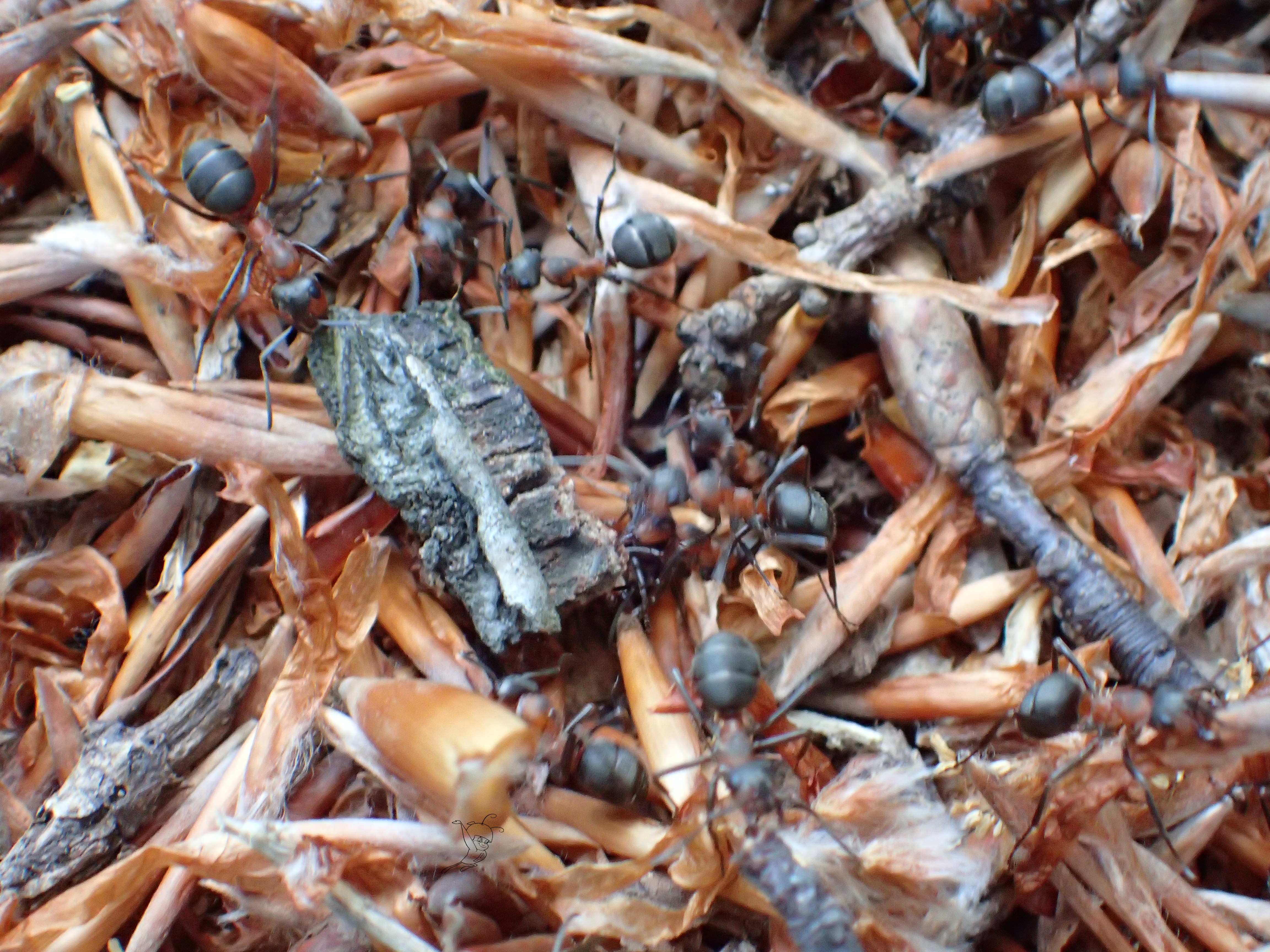 Ants in the Zemplén, Hungary

While I try to be very cautious about giving you straight advises on how to do this, I can give you one very specific advice: practice. Go to the nature frequently, have your camera always with you, process your experiences by reading after it on the internet, test your equipment in controlled environment, and don’t be afraid of making mistakes. Suddenly you will realize that your photos quality is improving, that you are glad if you can share them with others. Don’t be afraid to compare your photos with the professional ones, or to sell it if someone wants to buy it, I wouldn’t think a real pro would mind a bit more competition and there is a lot of space on the internet for your photos.

Take care and have your camera ready in the holster.