This week’s highlight was definitely the opportunity to join two instrument installation day-trips to the Larsen ice-shelf. My first time to fly the mighty Twin Otter, to feel the shaky landing on a snow-field and work in the field with three experienced Antarctic ladies surrounded by hundreds of kilometers of rock, ice and snow were all memorable moments that I will always remember, but also wanted to conserve somehow outside of my mind too. Thus I’ve not only written it down to my weekly diary, but also cut a short movie of the videos I made during the trip and also created a TaleMap about it. 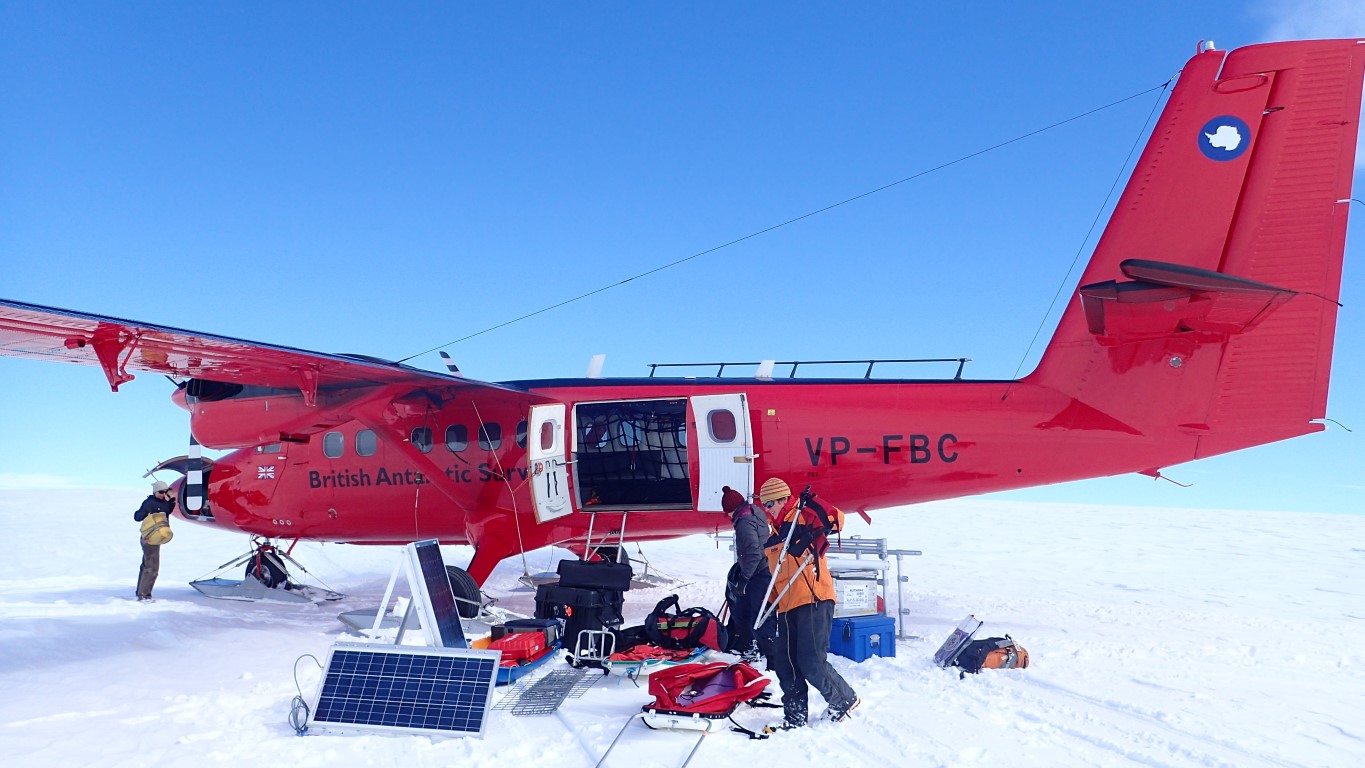 It was the first day of the winter, a Thursday, when I was sitting in the dining room nervously waiting for the confirmation of our flight to the Larsen. It didn’t happen. The Larsen was too cloudy. We had to wait for a better day. Next morning I was sitting there again, eating my breakfast and waiting for the end of the pilot’s briefing. Vicky came out and told me that there was no decision yet, we had to wait. A few hours later, while I was sitting in my office working and listening to the VHF conversations I heard a conversation between Pippa and Vicky that the decision has been made: we are on. One moment later Vicky called me on the radio too and told me to meet at the hangar. I grabbed all my stuff and rushed…

Both flights were day-trip starting in the morning and finishing in the night at the Rothera station, and both headed to the Northern part of the Peninsula, crossing its mountains and landing at the border of the continent and the Larsen ice-shelf to get access to the nunataks chosen for installation. The first flight was going to the Churchill Peninsula, where we installed a full GPS and seizmometer system from scratch spending about 6 hours on the field. The second flight was returning to a previously started installation to be finished at the Leppard glacier, which was interrupted by the bad weather and forced the team to wait three days for a weather window to return.

The full story of the preparations, the take-off and flight, the work on the field and the return flight when I had the chance to take over the control of the Twin Otter are all included in this week’s Antarctic Diary.