It is the season of the Grand Cycling Tours. Hundreds of the world’s best cyclists compare their strength and endurance day after day making huge distances and climbing great mountains. Their inspiring performance should not only pin you in front of the TV, but also make you follow their example and make your own Grand Cycling Tour. Here is the story of my tour in Switzerland: the first part is in the Alps, followed by the story of the Jura and the Lake Geneva, and finally the best part: crossing of the 2005 m (6578 ft) high Simplon pass to Italy.

The overview of my cycling tour in Switzerland

The night train arrived to Zürich in the morning. I already unpacked and assembled the road bike that was wrapped in the same survival blanket during the journey, the same blanket that functioned as a rain cover for my sleeping bag during the cycling and as a shelter for me during the night. I was through the breakfast, the GPS was set, I couldn’t wait to start. As soon as I got off the train I got on the bike, which had a bit high center of gravity due to the packs at the handlebars and at the saddle, but which ran just as usual when I got some speed. I didn’t wander much in Zürich, I was not there for visiting the city. The first section lead along the southern side of the Lake Zürich, which was a refreshing start after the long travel on the train, offering a good view on the waving water surface with the waving landscape in the background. The road lead through a series of villages so it was rather a weekend ride and I couldn’t wait to get out of the civilization a bit. The first hour passed quickly and the comfortable ride with a speed around 30 km/h (19 mi/h) on the plain of the lakeside suddenly switched to a sweaty climb on a 9% steep curvy road slowing me down to 10 km/h (6 mi/h). The heat was intense and without wind or shadow I had to stop a few times to cool myself down and refill my bottles which were mainly emptied on the top of my head. Getting up to that plateau 540 m (1770 ft) over the lake took me about an hour in the midday sunshine so I had quite a time to think about what am I really doing there.

I didn’t really know whether I was capable of doing these trips or not, but the idea already nested in my head already years ago so I started to make preparations. I knew I was capable of cycling 200 km (125 mi) in one row, as I finished the Tour de Pelso around the Balaton lake in Hungary several times, but it took only one day, it was a race and mostly I was completely destroyed by it, so I wouldn’t imagine that I would be able to cycle another day after that. Then once my girlfriend asked me to accompany her and her team by bike on an ultra relay running race, which was also around Balaton lake and on the same day. I accepted, so I started my race in the morning, finished it around noon (it takes about 6 hours for me), caught the running team by train and followed the actual runner during the rest of the day until midnight. I cycled about 350 km (220mi) on the same day, which was possible because the pace in the second half was significantly lower (around 15 km/h or 9 mi/h) than in the first half (around 35 km/h or 22 mi/h). There comes the phrase “It is not the distance but the speed that kills you”. So I assumed that I will be able to manage long distances in a row of days with the appropriate pace and gear. I made some searches on the internet, mainly on randonneuring (audax) sites and also talked with some long distance cyclists, who confirmed my assumption. So the first time I organized a 10 day cycling tour in North-Italy with an accompanying car and a daily distance of 100km. Many people found it too difficult due to the large elevations and the final number of the joiners were too low to start, also it was in the middle of the summer and selecting an appropriate date was difficult due to its duration, so at the end I had to cancel it. The next year I had a different approach. I forgot the accompanying car and the the big team and concentrated on a self-sufficient realization of a long-distance cycling. I successfully tested the concept of cycling with a minimal hiking equipment fixed on my road bike on some shorter distances. The destination changed as well, since my girlfriend was in a summer research camp in Lausanne, so it was a perfect opportunity to combine my long-distance cycling with visiting her and also the places of my dreams: the Swiss Alps and the Jura.

The bike equipped for the tour

The end of the long climb was celebrated with a last nice view on the Zürich Lake, before I continued my trip towards Lucerne, the university city. I had to realize that the bike routes in Switzerland might be fantastic for mountain bikes, but not that much for road bikes due to the sections covered with gravel, so I modified my route to follow the main roads, which might be a little less spectacular, but does not threaten with a puncture or a fall. One of the inevitable advantages of cycling in Switzerland is its richness in water. Almost every town and village I visited during my journey had a lake or a park with wells, where I could rest a bit and refill my bottles. Although, I tried not to stop too often to keep up with the schedule so within 6 hours from the start I reached Lucerne, which was about halfway to the end of the first day’s section. But the difficult part was not over yet. About an hour after Lucerne I reached the Brünig pass. A 1,000 m (3,300 ft) high steep rise with the Lungerersee on one side and Interlaken on the other. It was in the late afternoon, but the sun was still strong and the temperature high. No matter how much warmed water I drank or sprinkled on myself my body heated up after every few minutes of struggle on the sun. This time I was racing with the fire elemental absorbing my energy to get to the water that filled me up again. Some spots of shadows help me on this journey where I could slow down before I would sprint through the next field of fire. It took more than an hour, but it seemed like a day and while I was rushing down on the opposite side I knew it was enough for one day. But the tiredness is a bad advisor – you have to keep that in mind too – it has to be silenced with sufficient resting before it would influence your decisions and get you in trouble. I missed that and paid the price when I tried to find a camping site a quarter hour before I would arrived to Interlaken. Though the slope leading to the lake with the nice grove looked ideal, the difficult way down and the thousands of mosquitos quickly convinced me that it is not. So I lost 30 minutes and the rest of my energy and I had to get on my bike and continue to Interlaken. I stopped at the next shop to buy coke and ice-cream, to fill me up and cool me down and fortunately the camping was not far either. I wasn’t expensive and it provided shadow, water, and no mosquitos, only a moderately disturbing school group. But it didn’t take long to get asleep in my comfortable hammock under the clear sky.

The next morning I woke up around 5AM and at 6AM I was already en route to Gruyéres. The flat lakeside let me have a fast start around 30 km/h (19 mi/h), and after entering the mountains again on a gentle 5% slope it still didn’t decrease under 20 km/h (13 mi/h). I proceeded in a shady forest besides the rushing river, the air was cool and humid, full of the scent of plants. A great relief after the heat of yesterday, but only a temporary one. After I left the top of the slope I descended into the hot valley of Bulle. A city with large industrial quarter and no public water source, at least not besides the road where I cycled. Gruyéres was a bit off route, so finally I decided not to get there, which was a good decision in that heat but I regretted it later, when I heard about its famous cheese factory. But it was no time for cheese, first my water got boiling hot then it also ran out, I was crossing one village after the other seeking for water without much success. Finally I found a little village with a little fountain in a litte square. I got my bottles filled and crawled in the tiny midday shadow of a house to rest and get hydrated. Once again the rest made its work and soon I cycled refreshed towards the Lake Geneva. It was an easy section, descending between the vineyards looking down to the sparkling blue surface of the lake and the white capped mountains behind it. I got my last stop in a park about 30 minutes before Lausanne. The book of struggling for water got to its most ridiculous chapter in that park because there was not a single well on the side of the lake so I had to chase the water sprays of an irrigation system round and round, to fill my bottles. It even shot my bottle far away as I was unprepared for its strong jet the first time. Lausanne was already close, and I was way ahead my schedule, so I rode comfortable on the wide shoulder of the main road reserved for cyclists. I was already inside the city when the bowden of my rear hub torn. An unimaginable fortune in the disfortune that it didn’t do that in the middle of nowhere. I quickly set it in a fix position and finished my trip with a bit of a struggle in the hilly lakeside city. I met my girlfriend in the campus of UNIL and I drank a litre coke. In the afternoon we walked in the town and the next day I fixed the torn bowden so I could visit Geneva on the 4th day. The first part of my tour ended here, but there were a lot of miles waiting for me till the end of the week.

Are you interested in the second part of the story? Just one week and it will be here. 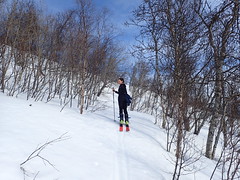 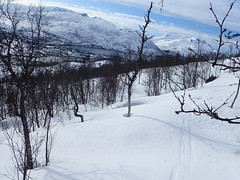 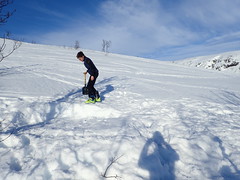